Rev. Dr. Liz Theoharis, Co-Founder of the Poor People’s Campaign, discusses the reality of living the Sermon on the Mount 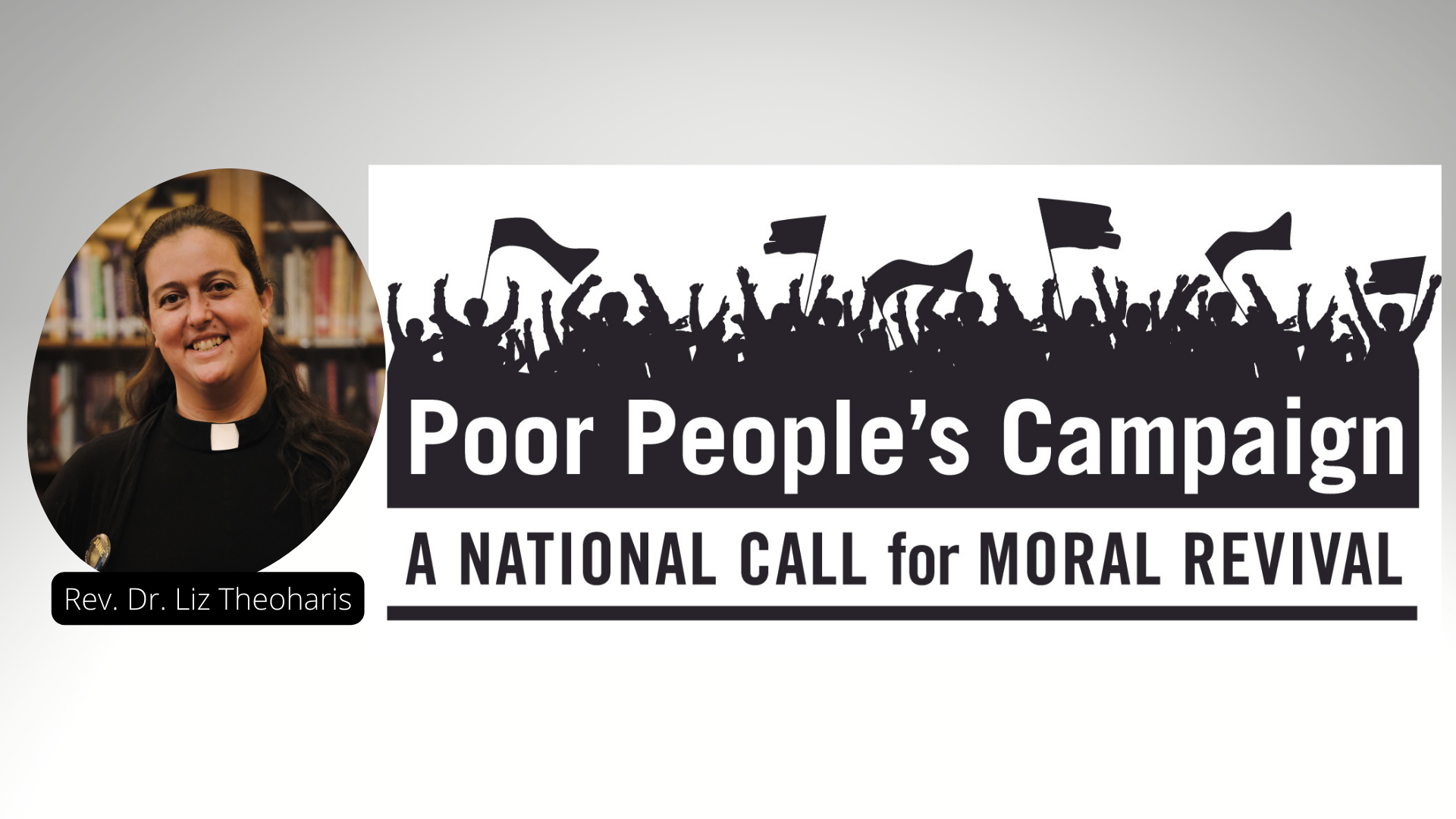 World UNITY Week’s theme of “Coming Home Together” intends for us to be TOGETHER. If we are to “be together”, then we need to recognize the imperative of standing in solidarity with the most marginalized and oppressed among our fellow human beings. The Poor People’s Campaign is exactly that; recognizing that 43% of Americans who are poor or low-wage workers are held down by economic and governmental systems. Campaign Co-Founder, Rev. Dr. Liz Theoharis will presence the Campaign as well as next action steps in a discussion format with PPC volunteers Noel Marshall and Bob Warner along with WUW founder, Ben Bowler.

The Campaign is the continuation of Martin Luther King’s efforts to address economic oppression and low-income workers’ power. The Campaign intends to change the moral narrative of poverty in America, build power through education of voters and change the systems through policy adjustments prioritizing care for its citizens rather than trillions for weapons of war.

On June 18, the Campaign called a Moral March on Washington – and to the polls. Thousands traveled to Washington from across the country to demand action and raise awareness. The Poor People’s Campaign and Low Wage Workers Assembly featured the impassioned stories representative of the 140 million Americans who struggle to survive day-to-day. These are the heart-breaking stories of intersectional issues plaguing our Nation, destroying families and killing Americans.

Hosted by: Bob and Noel