Presentation and Conversations on Unity and Peace with John B. Cobb, Jr., David Korten, John Perkins, Audrey Kitagawa, and other members of Living Earth Movement 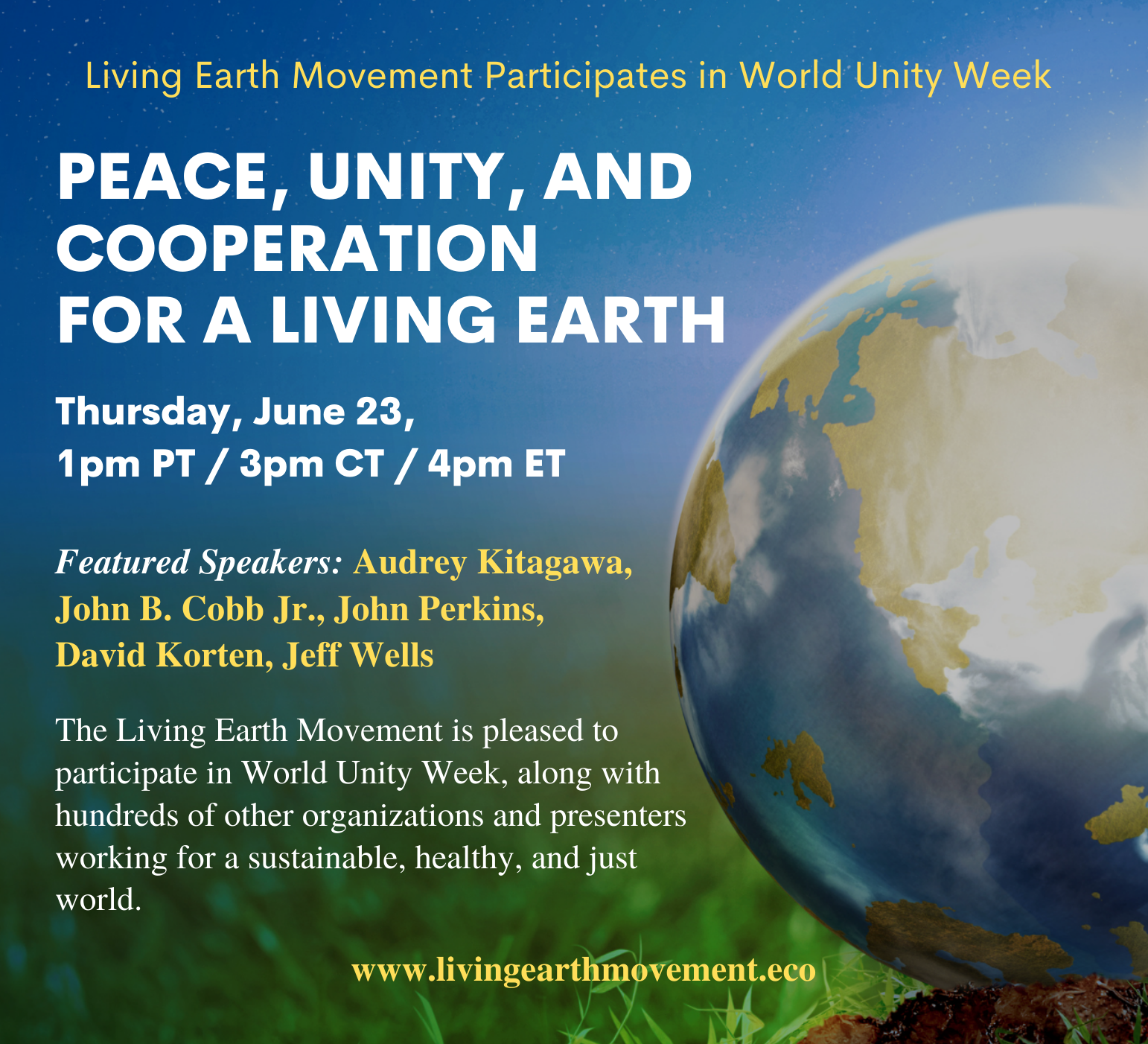 Peace and unity, along with equity and justice, are fundamental requirements for creating a new kind of human civilization that works in harmony with the rest of nature. Given the short time that scientists tell us we have left to make the dramatic changes necessary, it will require a mass movement of the world’s peoples – especially in the United States and the People’s Republic of China – to press for the required transformation.

Please join Evolutionary Leaders Audrey Kitagawa, John Perkins, and David Korten, as well as philosopher/theologian and environmentalist, John B. Cobb, Jr., and other members of Living Earth Movement as they share their vision of promoting international peace, unity, and cooperation in the service of ecological harmony and thriving of the whole ecosphere. There are no winners on a dead planet.